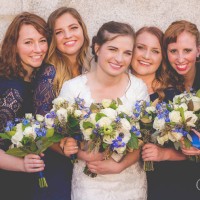 Flags that have visited

In January, my husband and I started a class on the United States Constitution. It included the history of the American Revolutionary War, the Constitutional Congress, and many of the writings from the men (and some of the women) who helped to create my country. We studied the entire Constitution, from the Declaration of Independence through all 27 amendments and what they mean. It was a fascinating deep-dive into history and government. It made me eternally grateful for my country and the men and women who put everything on the line to fight for its beginnings. All things being equal, the colonists should never have won the war. Britain was the greatest empire in the world with the strongest navy and best trained ground troops. King George V hired the best skilled mercenaries from Germany to fight for him as well. The colonists were out-manned, out-armed, and under-trained. Many miracles happened over the course of the war that ensured the colonists would win, and in his Thanksgiving Proclamation in 1789, George Washington covenanted that this nation would serve the God who had preserved it. I love history, but I especially love the history of my own nation.